January was not a great reading month for me, while I’ve read five books none of them I really love. I did finish Kingdom Heart this month which I’ve been playing for a while so that does make up for it some.

The first book I read this year was the screenplay of Fantastic Beast: The Crimes of Grindelwald. I love Harry Potter and I grew up with it so I know I will read and watch anything new that comes out. I just hope the next things J. K. Rowling puts out is better than this. Though I didn’t hate The Crimes of Grindelwald movie it could have been better. Screenplay on the other hand don’t really work as books as there is so much information that is not given to the reader. Though I bought it more for the pretty cover and for my Harry Potter collection. Rating: 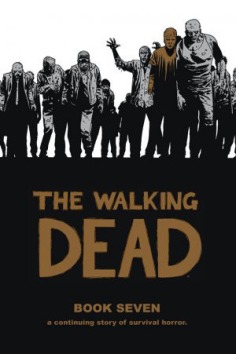 Walking Dead Book 7 by Robert Kirkman is the collection of issues #73-84 which is part of the Alexandrian Safe Zone story arc. At this point Rick and the others have arrived at Alexandria and the story follows whether or not this could actually be a safe place to stay. I’ve been rereading the comics to catch back up and I’ve noticed this time that I don’t like certain story lines and elements more this time than in the past. Jessie was very annoying as I didn’t like the story in either the book or show and everyone in Alexandria feel very naive as they don’t fully understand the world now.I will continue with the series but as some parts I love and others drag. Rating:

Endsinger by Jay Kristoff is the last book in the Lotus War Trilogy which is a fantasy story set in a steam punk Japan where Yukiko and her father are tasked with finding the last of the Arashitoras (thunder tigers). All while the country is at war and a rebellion is brewing. I wanted to love this book as I’ve loved many of Jay Kristoff’s other works but I didn’t. I feel like this is mostly my fault as I read each book in the series too far apart. Though the characters are great and I love many of them, I often felt that the consequences of their actions didn’t have much of an impact. However, Yukiko and Buruu will always be amazing and the bitter sweetness of their story’s end is what I wish more books would strive for. Rating: 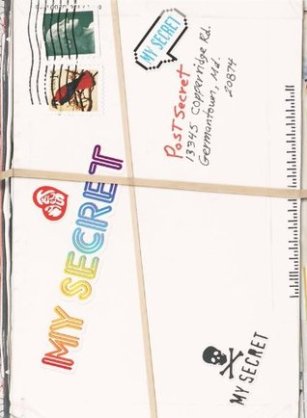 Post Secret and My Secret by Frank Warren are both compilations of postcard sent in to the Post Secret project which asked people to send in anonymous secrets though the mail as a way to release ones feelings and secret that people where hiding. It’s an interesting concept that shows that while everyone is different the fear and secrets that we keep are all very similar. In general these books are more art pieces than actual books. My Secret is aimed a little more at college student than Post Secret is but they are essentially the same thing. Rating of both:

This month I also finished one PlayStation 4 game which was Kingdom Hearts which I have a full review of. I also attempted Kingdom Hearts Re:Chain of Memories but only got though the first couple of hours before deciding that I hated the card battle system and that I would get move out of watching Chain of Memories. I love Kingdom Hearts and so glad I’ve finally taken the time to work on completing the franchise.