June has been a pretty good month. I read 7 books and I’ve started a play though of Final Fantasy 7 so I can have it finished before the remake comes out next year.

Caught in the Revolution: Witnesses to the Fall of Imperial Russia by Helen Rappaport is a historical nonfiction book that uses accounts of foreigners in Russia at the time of the Revolution to show the reality of what happen in Petrograd. In general, its a quick read because Rappaport writes the account more like a novel than a historical account just giving facts. Though the beginning of the book is more entertaining because no one knows exactly whats going on and eye witness accounts are more interesting to read. As the book goes on its more about politics which can be boring. There is almost no mention of the Romanov family in the book so this historical account is best suited for a reader that has some back ground in this period of Russian history but wants either more information or a different perspective of the events. Overall, the accounts are woven together well to give the reader the most well rounded timeline of events but it slows down at times when it focuses more on the day to day events and lives of these people as important things are not going on. 3/5 starts.

Cleopatra: A Life by Stacy Schiff is a historical nonfiction book that attempts to separate the fact from fiction of Cleopatra’s life and tells her story from childhood to her death. The major focus of the book is Cleopatra’s rise to power, how she kept that power, and her relationships with Julius Caesar and Mark Anthony. Her story is deeply intertwined with the actions and events of Rome and the Roman empire. At times the book seems to focus more on Rome than Cleopatra which makes reading some chapters very slow. Given the lack of historical sources from Egypt and Cleopatra more information must be taken from Roman sources which often were written by her detractors though Schiff does a great job at attempting to separate what really happened and the embellishments of those who had no love for her. Cleopatra is much more than the myth and stories that pop culture loves to give us and this book is a good resource for those wanting more of the truth. 3.5/5 stars 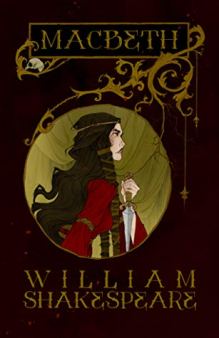 Macbeth by William Shakespeare is a tragedy where Macbeth kills his king after three witches tell him that it is his destiny to be king. He and his wife are slowly driven mad by their actions and Macbeth is eventually killed. Macbeth is my favorite Shakespeare because its never stated whether Macbeth acts because of predetermined fate or is it his ambitions that lead to his raise and fall. I don’t read many classics on my own because I often feel like I’m missing something but Macbeth is still good. However, given that this is meant to be a play and viewed instead of read I do feel like there is something lost by not seeing it preformed. 3.5/5 stars 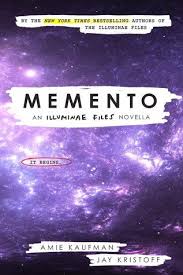 Memento by Amie Kaufman and Jay Kristoff is an Illuminae Files novella that was a pre-order bonus when you pre-ordered Aurora Rising. The novella is set primarily before the events of Illuminae and focuses on the AIDAN the learning AI that is on the Alexander battleship and his interactions with the crew members, specifically Olivia Klein. Since the novella is set mostly before AIDAN is damaged in battle it shows how he learns and what information allowed him to become rouge in the rest of the series. Its a fun story that adds more to the world of the Illuminae Files but is not needed to understand the rest of the series. However, many fans, myself included, love AIDAN and consider him one of the best characters of the series so more of him is always good. 5/5 stars. 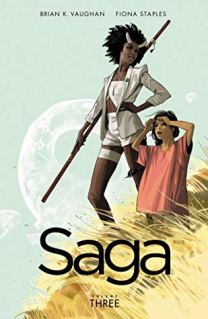 Saga vol. 1-3 by Brian K Vaughan and Fiona Staples is a graphic novel series following Marko and Alana, lovers from two warring societies who have a child together and the whole galaxy is out to destroy their family. The story is told to the reader from Hazel’s telling her story to the audience which allows information to be add in that the characters might not know. This is a reread for me so that I can catch up and finish the 9 volumes currently out. I still love the story but I feel like some of the nudity and graphic content is there for shock value and doesn’t add much to the story. But at the same time it doesn’t put me off reading it either, so take that as you will. When I have finished all nine volumes I will be doing a full review of the entire series. 5/5 stars 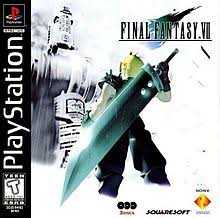 Since E3 was in June I’m excited for all the new games coming out but especially the Final Fantasy 7 remake. Final Fantasy 7 is one of my favorite games and since we now have a release date for the remake I have gone back and starting playing the original again. When I was younger I got about half way through the game but never finished it so I’m going back to play it in its entirety before the remake so I can see what is changed. I’m playing it on my PS4 which means some of the PC game cheats are available. Though I don’t think its the best way to play the game with cheats activated they are fun to play around with.