November was a very busy and stressful month for me as at the end of October, I found out that I had a kidney stone and my sister had her baby. That being said I did get though four fairly short books. In this wrap up I will also be including the last book I read in October as I read the last books in the series in November. I also didn’t really watch anything besides some reality TV and YouTube videos. Game wise, I’m slowly making my though the first Kingdom Hearts. 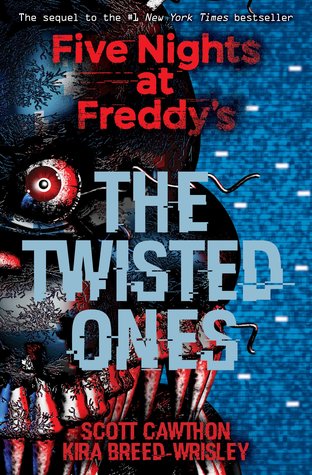 Five Nights at Freddy’s: The Twisted Ones and Five Nights at Freddy’s: The Fourth Closet by Scott Cawthon and Kira Breed-Wrisley. These are the 2nd and 3rd books in the FNAF book series following Charlie and the events around Freddy Fazbear’s that cause the pizzerias animatronics to become haunted. I have a full review discussing all the books in this series. Overall, they’re good for those interested in a more clear version of the events in the games/the lore of the games but as a stand alone story they’re not that good. The books are not badly written but the twists are very easy to predict and the story feels like it was written for a very young audience which is surprising given the fact that part of the main plot is the murder of children. 3/5 for the Twisted Ones but 2/5 for The Fourth Closet because I had stopped caring about the story and all of the characters at that point.

All the other books I read in November were part of the Wayward Children’s series by Seanan McGuire. These are Every Hart a Doorway, Down Among the Sticks and Bones, and Beneath the Sugar Sky. This series follows kids and teenagers who have traveled into fantasy worlds, have returned home, and how they cope or not cope with being brought back to a world that is now not really home. 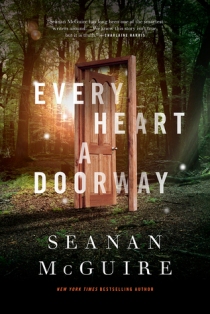 Every Heart a Doorway follows Nancy a new student at Eleanor West’s Home for Wayward Children who traveled to the Halls of the Dead. She is now back home and her parents want her to be the way she was before she left. Shortly after Nancy arrives at the school another student is murder and the plot revolves around who is killing the students and why. This book introduces multiple characters that we gain more information about both in this book as well through out the series and how these other worlds work on a scale of Nonsense/Logic and Virtue/Wickedness though it becomes clear that world can present themselves one way while their rule don’t seem the same. Every Heart is a great introduction to the world and series and I give it 5/5 stars.

Down Among the Sticks and Bones follows Jack and Jill, twin sisters that we met in book one, and tells the story of before they arrived at school and the world that they went to. Jack and Jill’s parents treated their daughters as one being a tomboy and the other a girly girl regardless of how they felt about it and that caused them to resent each other. When they arrive at the Moors, a world much like Universal’s classic horror movies, they finally chooses who they are for them selves with Jack working for a mad scientist and Jill becoming the favorite of the Vampire that ruled the town which changes everything forever. A great second book with I give 4.5/5 stars.

Beneath the Sugar Sky is the third book in the series and the blurb has spoilers for book one so I will only talk about it briefly. This book follows Rini, the daughter of one of Eleanor’s students, who has come to the past to get help in saving her mother and her world. Though the plot revolves around Rini the main narrator of the book is a new student Cora, who I really didn’t like so Beneath was a big let down for me and makes this book only a 2.5/5 stars for me. I will have a full review of the series posted soon.